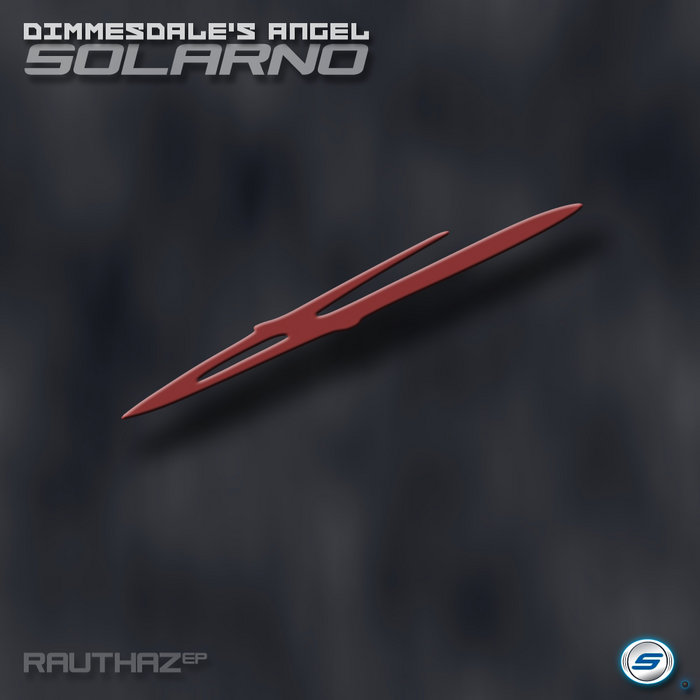 Dimmesdale's Angel is probably the single most somber and philosophically intense song I have ever recorded, and may keep that recognition for some time. Those of you familiar with Nathaniel Hawthorne's 'The Scarlet Letter' will likely understand the reference, and probably recognize the spoken word passage used through the song. The Robot Junkyard robot choir The Singing Sines makes an appearance here reciting a chapter 12 passage that explores the perceived meanings behind a meteor sighting by Arthur Dimmesdale. Arthur Dimmesdale is a primary protagonist in the story as a Priest that is responsible for the out-of-wedlock pregnancy of Hester Prynne in 17th century Puritanical Boston. Today's reality TV and soaps have nothing on the heretical story lines Hawthorne packed into 'The Scarlet Letter' back in 1850.

Much like Arthur Dimmesdale's character, the song runs the gamut of emotions throughout, making sudden shifts that both reward and disappoint the listener, leading to the guilted loneliness that eventually envelopes Arthur.

Production notes-
Instruments used include: Logic EXS24, EVOC, and Ultrabeat. G-Force impOSCar, M-Tron Pro, and Virtual String Machine. And a little Plogue Chipsounds. As noted above, The Singing Sines provide the spoken word recitation, which meant heavy use of Logic's vocoder. It is quite the challenge to get a vocoded lyric line to sit nicely in a mix, but I do find myself improving with each use.

The cover art uses a stylized letter A to represent the meteor, or shooting star, that is central to the referenced passage. A scarlet A worn on the outer clothing was used to publicly humiliate those guilty of adultery in Puritan society. Whereas Arthur was a Priest he could not be publicly found 'guilty' of an act he could not commit, so the interpretation of the meteor as a scarlet A by Arthur was a sign from the heavens and God above that he was truly guilty of his hidden sin.

The fifth track on this EP, Dimmesdale's Angel (Acapella Edit), is a condensed version of the original focusing primarily on the spoken word recitation of the novel's passage.

Literary Passage from Chapter 12 of The Scarlet Letter by Nathaniel Hawthorne:

Nothing was more common, in those days, than to interpret all meteoric appearances, and other natural phenomena, that occurred with less regularity than the rise and set of sun and moon, as so many revelations from a supernatural source.

Thus, a blazing spear, a sword of flame, a bow, or a sheaf of arrows seen in the midnight sky, prefigured Indian warfare.

Pestilence was known to have been foreboded by a shower of crimson light. We doubt whether any marked event, for good or evil, ever befell New England, from its settlement down to revolutionary times, of which the inhabitants had not been previously warned by some spectacle of its nature.

Not seldom, it had been seen by multitudes. Oftener, however, its credibility rested on the faith of some lonely eye-witness, who beheld the wonder through the coloured, magnifying, and distorted medium of his imagination, and shaped it more distinctly in his after-thought.

It was, indeed, a majestic idea that the destiny of nations should be revealed, in these awful hieroglyphics, on the cope of heaven. A scroll so wide might not be deemed too expansive for Providence to write a people's doom upon. The belief was a favorite one with our forefathers, as betokening that their infant commonwealth was under a celestial guardianship of peculiar intimacy and strictness.

But what shall we say, when an individual discovers a revelation addressed to himself alone, on the same vast sheet of record. In such a case, it could only be the symptom of a highly disordered mental state, when a man,rendered morbidly self-contemplative by long, intense, and secret pain, had extended his egotism over the whole expanse of nature, until the firmament itself should appear no more than a fitting page for his soul's history and fate.